Controls around cookies and data collection, the use of adblockers and the growth in bot traffic have severely limited the efficiency of analytics platforms

At the end of 2021, third party cookies will be largely unsupported by web browsers making them redundant. Furthermore, the requirement for website visitors to give explicit consent to vendors for utilising any cookie has, and will continue to have, a detrimental effect on first-party cookies being deployed over the short term.

The effect of this change to advertising analytics platforms is enormous.

Without cookies, most analytics platforms simply do not function correctly or reliably. Consequently, analytics and marketing teams are working on incomplete data which in turn limits the ability to attribute performance to activity.

Understanding the source and volume of traffic to your website is vital to both attribution and ROI calculations. Without this data, it's impossible to know whether a campaign with poor performance is suffering from implementation errors or simply poor engagement.

Increasingly, since cookie consent and ad blocking processes have changed, the delta between the reported advertising clicks and landing page entrances has grown.

In most cases of under- or incorrect reporting, where campaigns have been running without error, the advertiser's onsite analytics have not accurately been recording all entries or visits. This has been particularly evident in Europe following the introduction of solutions to bring website analytics and cookie policies in line with the GDPR.

Recent research conducted by Fundamental Media has identified some of the contributing causes to analytics recording errors.

The single largest 'contributor' to analytics reporting discrepancies is cookie consent/management platforms. Where site visitors refuse to accept cookies or have ad blockers on their browsers set to not accept cookies, analytics platforms' ability to record these users is severely limited.

In our research, we have identified that this counts for approximately 50% of all traffic to client websites in Europe. While we see a drop-off in Asia and the US, the picture isn't as stark as it is in Europe, yet.

The reported number of clicks and entrances should match closely, because users who click on an advertisement should arrive on the campaign landing page.

In most cases however, the reported clicks of the campaign will show as much higher than the analytics reported entrances, owing to the analytics dispersion effect discussed earlier.

The difference between these two metrics is the 'drop-off' rate. The drop-off rate is a metric created by Fundamental Media to report on the percentage of users who click on an advertisement but do not arrive on the campaign landing page.

A high drop-off rate can be caused by a number of issues ranging from errors with the media placement, the function of the creative or the campaign landing page itself. It can therefore be indicative of a poor user experience and as such requires urgent attention.

Where the drop-off rate is not caused by an advertisement or site load error, then the most likely remaining causes are analytics dispersion or the 'fat finger' effect where a user has clicked on an advertisement in error and pressed the 'back' button before their device entered onto the landing page and the analytics fired.

Technically, this should not be possible. How can more people enter the site (and trigger all the UTM codes that attribute the entrance back to the placement and the 'click') than actually clicked on the advertisement?

But a negative drop-off rate can be explained by the growth in automated platforms (bots). Bots crawl the internet to gather data. They may reach a landing page through a particular advertisement (which will register as a 'click'), but their subsequent visits will be through the same UTM code without having to go through the UTM code. The campaign will therefore only register one click on the advertisement, while the onsite analytics platform will also record each subsequent visit as a new visit.

Identifying the causes of drop-off rate

While there are many genuine causes of drop-off rate, it is vital to identify the actual cause of a high drop-off rate early in any paid-for advertising campaign to protect against negative outcomes.

In practice, most cases of high drop-off rate are in fact analytics platform limitations as a result of new privacy and cookie regulation.

We have encountered a gradual increase in the number of clients seeing an erosion of trust and accuracy in their analytics data. The typical issues tend to be related to sudden changes in volume data of users, entrances and onsite conversion events.

In the example above, despite the advertisement registering five clicks and all clicks navigating to the campaign landing page, the analytics platform recorded only one of the visits.

Fundamental Media has developed a new solution for the post-cookie era to ensure that the onsite analytics reports all the clicks the advertisement has registered. The Delta Tag utilises a unique code that is passed through the advertisement click onto the landing page. This transforms the analytics from simply being a counter to providing actual, verified attribution to the source of the user's entry to the site.

The Delta Tag provides a higher level of accuracy for last click attribution and is not affected by either cookie consent platforms or adblockers. It also does not use cookies, nor does it record any personally identifiable information. As such it adheres to the principles of GDPR, CCPA and PECR.

By measuring the journey and arrival on the site and comparing the metrics to the onsite analytics reporting of entrances to the site, it's possible to provide real-time insight to the reporting delta and any possible errors. 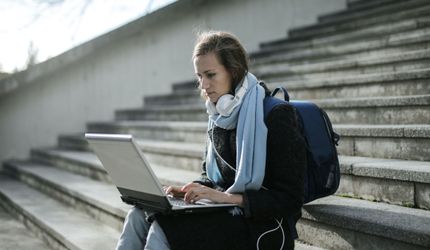 How Covid-19 has changed the mindset of prospective students 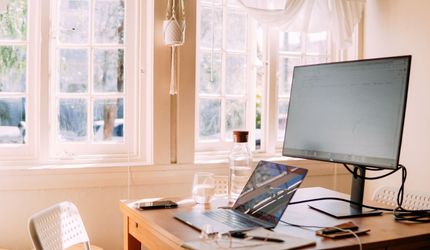 The marketer's perspective: talking to Rachel Waites at Chicago Booth 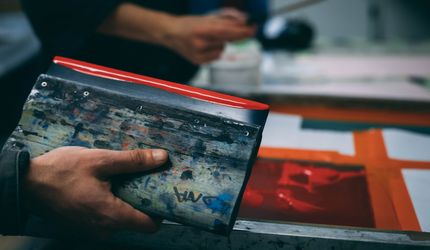 The marketer's perspective: talking to Anna Brown at Falmouth University

How Covid-19 has changed the mindset of prospective students

The marketer's perspective: talking to Rachel Waites at Chicago Booth

The marketer's perspective: talking to Anna Brown at Falmouth University